Agate is often used as a charm. Natural agate, because of its unparalleled spirituality and medical functions, has been favored by people. So how do we distinguish dyed agate in a market filled with dyed agate? 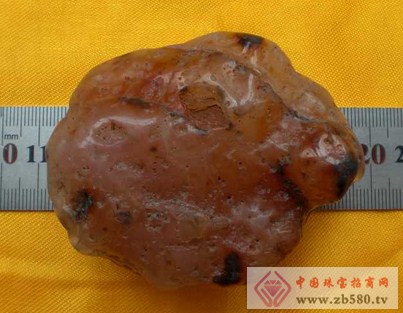 One: look at the price. There is a saying that "agate has no red life", which is the rarity of natural red agate. In fact, natural agate in blue, green and black is rarer than natural red agate. Things are rare! The colorful and cheap agates on the market are dyed agate.

Two: look at the color. Most agates have a cyan background, so natural agate colors are usually dark. In order to pursue its aesthetics, dyed agate is uniform and bright in color, and most dyed agate has a common feature, that is, color and color are boring.

Three: The most critical point is to look at the cross section of the agate. The most striking sign that natural agate differs from fake agate is its concentric layered structure in cross section. The reason is that the dyed agate in the process of dyeing, due to the thickness of the jewelry, the color does not penetrate the entire agate, usually only on the surface of the color. With this mark, the whole piece of agate is easier to identify, and the cut finished product is easy to admit mistakes because there is no neat and obvious pattern.